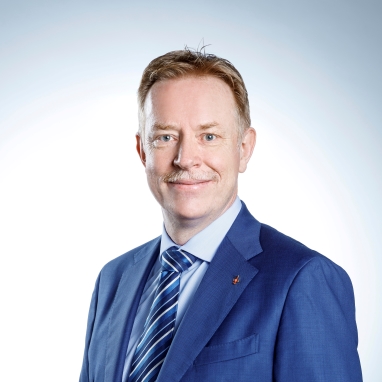 Member of the Board, Vice-Chairman

Dr. med. Denis Bron has operated since 2005 as InnoMedica’s Medical Advisor and joined the Board of InnoMedica in 2018. He brings a broad network in the medical sector as well as experience in dealing with doctors and hospitals. Dr. Bron also holds an earlier patent which he introduced in 2010 into the company based on a targeting approach for pharmaceutical active ingredients.

Dr. Bron is chief of Aviation Medicine for the Air Force of the Aeromedical Institute FAI and directs the Aeromedical Centre (AeMC) in Dübendorf. He previously worked in the field of neurology at Harvard Medical School in Boston, the University Hospital Basel, and the Cantonal hospital in Aarau. Dr. Bron graduated from the University of Basel in 1997 with a degree in medical studies. In addition to his training in the hospital, he holds the certificate of EMG-competence, completed additional leadership courses and graduated in 2013 as a European Human Factor specialist.