InnoMedica's vision is to replace the systemic application of drugs with a targeted, and therefore gentler, approach by refining the most effective active ingredients into intelligent therapies using liposomal nanotechnology. The mission is therefore to enhance therapies for diseases with great therapeutic need, such as cancer, Parkinson's or ALS, or to make therapy possible in the first place, in order to achieve real medical progress for the people affected.

In its product design, InnoMedica focuses on the targeted improvement of the most effective molecules, which have already proven themselves millions of times over in everyday clinical practice. These drugs, which are actually potent, usually act systemically throughout the body and thus can only achieve their effect at the site of the disease to a limited extent, while frequently causing severe side effects. InnoMedica has recognized the potential of biological medical transport systems for active ingredients of complex drugs. The nanocarriers used for this purpose are very small spheres that are similar in structure to the biological transport vesicles that occur naturally in the body. Disguised in this way, they circulate in the bloodstream and are intended to enable the targeted release of active ingredients in the body. With this approach, InnoMedica aims to ensure the release of a higher dose of active ingredient in the target area while protecting the remaining tissue in the body from undesirable side effects.

By using known active ingredients, the goal is to achieve a large benefit for patients. At the same time, the translation risk compared to conventional drug development of new active substances can be considered lower. In addition, the regulatory hurdles are also particularly low for these nanomedicines.

With the construction of its own nanofactory with two clean rooms in Marly near Fribourg, InnoMedica has been pursuing the strategy of combining research and development and production under one roof since the start of the project: A clear commitment to the Swiss location, where InnoMedica's products will be manufactured in sufficient quantities for clinical use.

InnoMedica was originally founded in 2000 as a finance company with headquarters in Zug, Switzerland. Initially, the company focused on its investments in biochemistry and medicine. After various successful investments, InnoMedica took the step of becoming an operationally independent pharmaceutical company in January 2013 with the Targeted Liposomal Doxorubicin project. The acquisition of the Japanese company YAMAZAKI-DDS Co., Ltd. gave InnoMedica access to a nanotechnology that had been researched and patented for over 20 years. As the inventor of liposomal glycan targeting, Dr. Yamazaki accompanied InnoMedica’s young research team in the development of their drug in the field of oncology based on his research.

What began as a start-up with a founding team of five key people has developed into a pharmaceutical company with its own certified nanofactory and over 50 employees at present. InnoMedica has successfully relied on a milestone financing model from the very beginning. In 10 financing rounds since the start of the first project in 2013, capital totalling CHF 65 million has been raised. The gradual financing in step with the growing track record ensures cost awareness in the company at all times. Thanks to the efficient use of funds and prudent financial planning, InnoMedica is financially independent with a solid liquidity base. 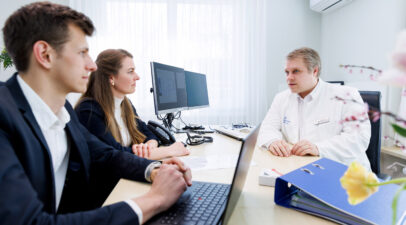 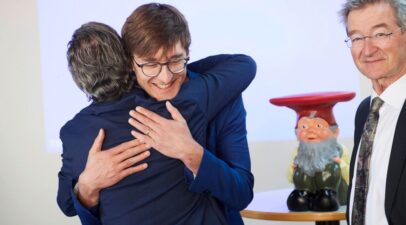 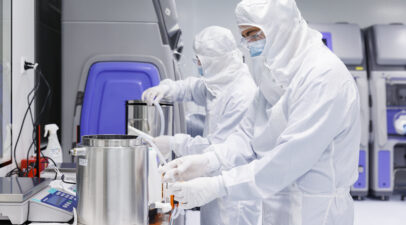